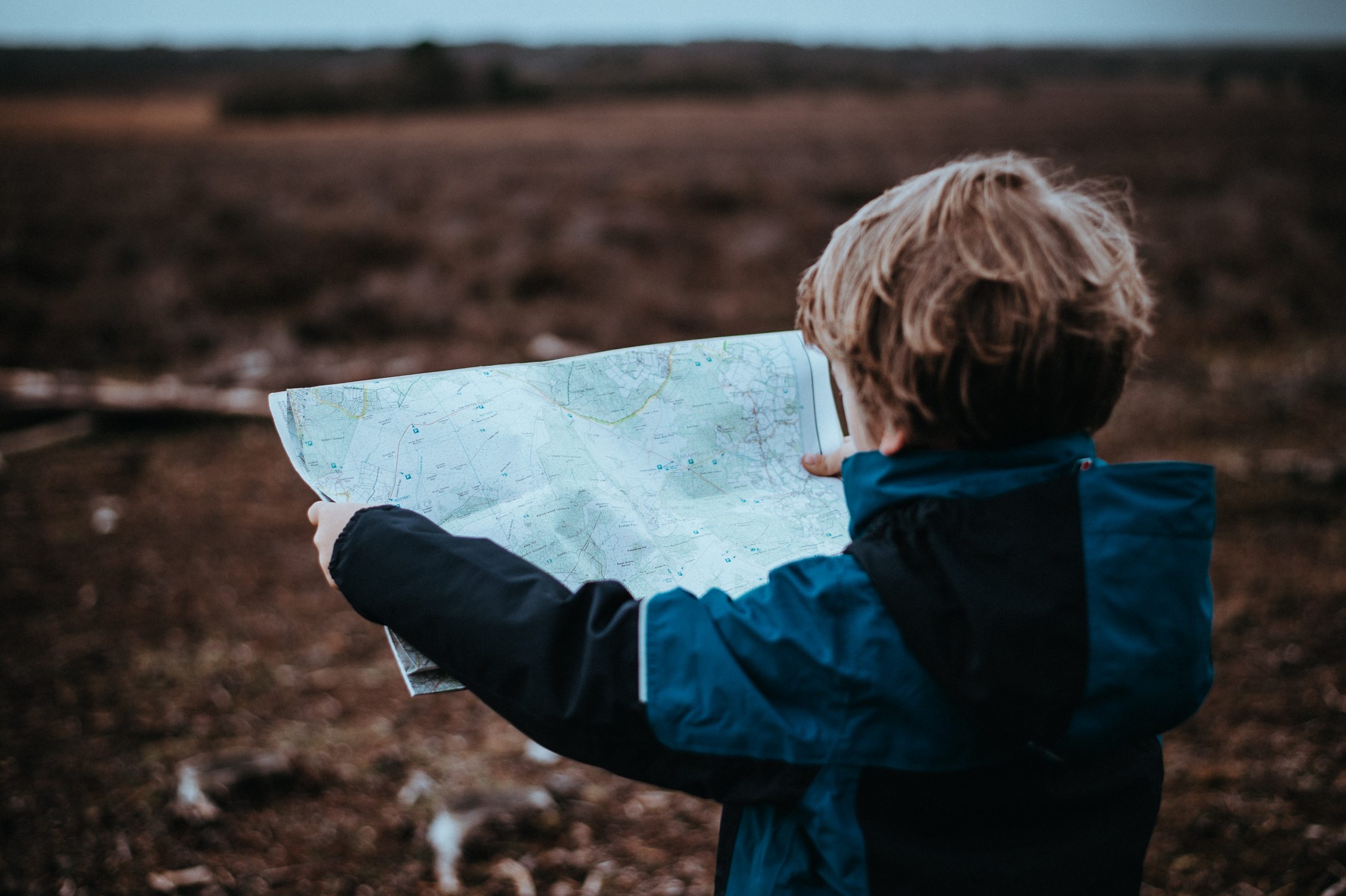 After first conquering the automotive world, GPS has all but taken over in fitness endeavours too. Runners and cyclists seem to rarely head out without a wrist-mounted tracker keeping tabs on every sweated meter and minute. Gadgetry devices are increasingly intruding into outdoors navigation too. Hiking GPS devices have been around for well over a decade. In the early days they were ugly, cumbersome units with little functionality and a battery life which made them next to useless. Today though, GPS navigation and perhaps our approach to it deserves a second look.

The Way It Has Always Been

Conventional wisdom states that GPS gadgets and gizmos are never as good as old fashioned paper and compass. A new-fangled device that can run out of batteries when you need it most or, worse still, allow you to scrape by without learning the basics of safe and simple outdoors navigation.

Plenty of veteran outdoors enthusiasts are outspoken against expensive and unnecessary devices as another piece of useless gear which does little to nothing for the hobby and craft. The abundant creep of ‘all the gear and no idea’ enthusiasts probably is more true of GPS navigation than any other single device, but it’s not the full story.

As much as an over-reliance on GPS—or any battery-based device—can lead you into trouble on the hills, it has at least as much power to pull you out of too. The increasingly capable and popular devices have earned themselves at least someconsideration for a place the kit bag. In the right hands and the right circumstances they are tools which can, at the very least: create a better experience, save time, and improve safety. On the wrong day, they may even save lives too.

GPS Over Map And Compass

In well experienced hands and assuming perfect use, map and compass skills are unbeatable. Newcomers aren’t going to storm into orienteering and beat out experienced boots because of a new gadget anytime soon. Experienced eyes will always be better equiped regardless of the tools or toys at their disposal. The Scottish hills, thankfully, aren’t reserved for the elite or only the highly experienced of the outdoors world. In reality, Munros, Corbets, and Glens see a pleasantly diverse group of abilities and knowledge every weekend. Each, on the right weekend, can often host young and inexperienced climbers and hikers trying out new routes, building skills, and gaining experiences.

Many of these users are far more familiar with reading screens and numbers than they are with on-paper map and compass navigation. If digitally browsing up-to-the-minute Ordnance Survey maps are the first introduction to navigating the hills then all the better. In my own first few wanderings, the choices were often a 30–year–old OS map when it was available, or no map at all when it wasn’t. Even when I had a good quality map many years my senior, I wasn’t all that capable of reading them anyway.

The idea that GPS mapping and Ordinance Survey maps on-screen are somehow less safe than no map at all would be silly. Modern devices, with all their emergency alerts, beacons, and helpers, are an order of magnitude safer for the novice hiker than what could have been imagined even just a short time ago.

Adverse weather conditions, which would ordinarily impact those with fewest skills the hardest, provide even more opportunity for working gadgets to rescue you from trouble. Even experienced walkers and climbers can become disorientated, lose track, and sight of landmarks. Low visibility, cold, and exhaustion are a highly dangerous combination. Devices which haven’t lost their charge, shut down due to water or cold or experienced a rogue software glitch can lend a helping hand in getting you back out of the cold.

The pseudo-magic of GPS is its ability to locate you anywhere on the surface of the earth. Even without skill or any serious practice, a consumer unit can place a map pin on your precise location regardless of visibility or weather. The advantage to the novice, or even average, hiker is enormous. Plenty of mountain summits require an enormous degree of care and attention. A serious blunder may walk you down the wrong side of the hill and into the next glen, a bad one may find a dangerous ledge or dead-end route without safe return. Even just the chance of an extra lifeline bein availble is enormously useful.

In serious scenarios, modern dedicated devices have a ‘panic button’ built right in. Using two-way satellite communications, these devices can ping a message to emergency services with a precise location and a “help I’m stranded, injured, or lost” call to arms. As something you’d never want to use, it’s a nifty little tool to have in the bag.

Replacing important skills for electronic devices and battery-powered gadgets is always a dangerous game. There’s nothing in my bag that I’d be comfortable saying I’m truly reliant on (IE I’d be stuck, lost, or stranded should it be broken or damaged). An electronic map and compass can become useless far faster than a paper copy, even in driving wind and rain. I’d want a backup plan to losing both.

Both modes of navigation have their own place in the mountains and hills. I would never, personally, rely on one over the furthest reaches of the Cairngorms, but I wouldn’t hesitate to take one to the summit of Ben Lomond, Glen Coe, or Ben Nevis. Each has a reasonable place and advantages/disadvantages of their own.

These devices are only just becoming practical and convenient enough to earn a spot in the kit bag. While experienced outdoors people may never take to the technology, for good reason, its role in bringing users and safety for newcomers to the hills may be overlooked.

Assisted braking (ABS) was once a luxury feature in high-end cars; today, there are no new cars sold without it. It prevents the wheels from locking under emergency braking, enabling the driver to maintain control and reduce worst-case braking distances. The system in the average car cannot perform as well as experienced, professional drivers. However, the vast majority of vehicles on the road are not piloted by professional drivers.

Most vehicles on the road today are driven by distinctly average, and distracted, drivers looking to commute from one place to another. This driver is exceptionally well served by a braking system that vastly outperforms him in an emergency situation.

Similarly, the hills are filled with visitors out of the city, looking to improve fitness, time in nature, and outdoors skills in between work and education. Extra tools which enhance user safety and the experience as a whole are invaluable to promoting wild spaces and building future skills.